Bramshaw Golf Club is the oldest in Hampshire! 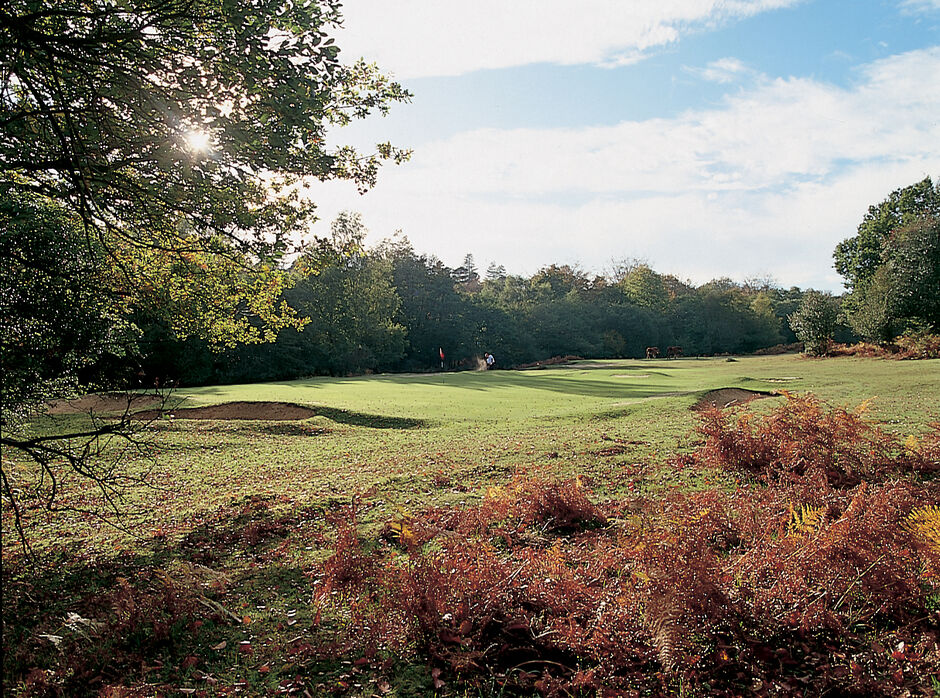 The original course, now known as the Forest, was originally built by a local resident/landowner called Philip de Crespigny, for the entertainment of his weekend guests in about 1865. It was built partly in his large garden at Roundhill and partly on Brook Common. There were no other golf courses in Hampshire at that time and no records can be found to show that he had permission to build his!

The many natural features of the New Forest, particularly the rise and fall of the land and the stream that runs through the far side of the course ("Kings Garn Gutter"), made it easy to create golf holes of great interest and ones that required the skills of a seasoned links golfer to master. Without any form of mechanical assistance, the major part of the work was either done by hand or with the assistance of horses from local farms.

Together with another local landowner, John Jeffries, they formed Bramshaw Golf Club and Bramshaw Cricket Club in 1880 (the latter sitting alongside the current 3rd fairway); a fact documented in the R&A Handbook. There were fourteen entrants in its first ever Monthly Medal, which was won by Philip de Crespigny (playing off scratch) with a total of 174 for 36 holes. By the third competition they reduced it to just 18 holes! After a period in the 1890's when the club had just 9 holes, it formed a partnership with a new local club at Lyndhurst (who also had 9 holes). The combined club, calling themselves New Forest Golf Club, had the unique feature of the front and back nine holes being over 5 miles apart!

The course at Brook Common was extended to 18 holes in the first decade of the 20th Century and the partnership was dissolved in 1913. It was not until 1945 that the club obtained a formal Forestry Commission permit to play golf there. 1952 saw the clubhouse move to the Bell Inn just down the road and the following year it became a Private Limited Company. Sir Oliver Crosthwaite-Eyre was closely involved in both of these events and he and his family became owners of the Bramshaw Golf Club a couple of years later, a very natural extension to The Bell Inn, which had been owned by the family since the 1770's. The club moved to the existing clubhouse in 1983. 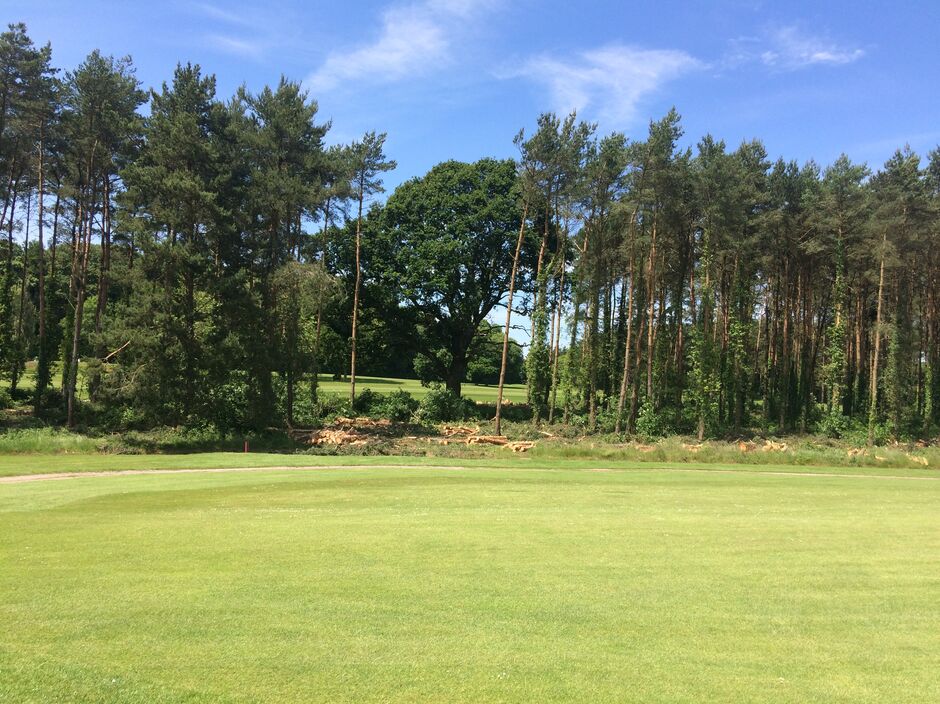 In the 1960's, Sir Oliver had a discussion with the then club professional, Wilf Wiltshire, on the concept of building a driving range at the back of the Bell Inn. Wilf in his wisdom commented that he did not think it would be profitable but suggested using the land as a new 18 hole golf course. This was agreed and the new 18-hole mature parkland course, the Manor, opened in 1971. The course has undergone many changes since those early beginnings and now has a Par of 71 and a measured length of 6,400 yards.

Honary Life Member, founder of the European Tour and former Ryder Cup Captain, the late John Jacobs, had a long association with the club and has commented that "Bramshaw Golf Club is a warm and friendly club that I have enjoyed coming to for many years, the two quite different golf courses are a joy to play for all ability of golfer".

Bramshaw Golf Club - "Golf as it should be".

Lyndhurst, Hampshire, SO43 7HE.